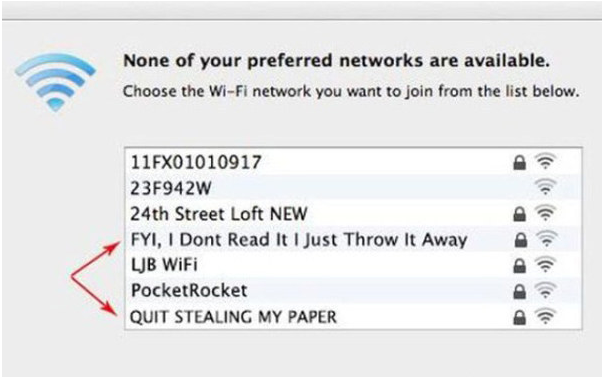 15 of the Greatest WiFi Wars on the Internet

Back in the 90's and early 2000's, internet users often bragged about their clever AOL Instant Messaging (AIM) names. It is now becoming clear that last decade's clever AIM username is this decade's creative WiFi network name. In fact, some users are going so far as to communicate with one another through their WiFi networks (often in a passive aggressive tone).